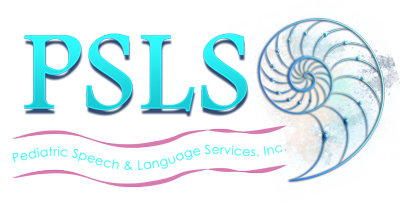 When people/children have difficulty with expressing themselves (expressive) and understanding what others are saying to them (receptive). It is unrelated to hearing problems.

What Causes Expressive and Receptive Language Disorders? What is the Difference?

Expressive language disorders can be described as when a child has difficulties with utilizing verbal and spoken language to communicate with peers and others. This may include describing their thoughts and feelings. While they may be able to understand what people are saying to them, they express difficulties with responding to their own ideas back in conversation. This can also affect their written language skills.

Receptive language disorders on the other hand can be described as when a child is having difficulties with understanding verbal and spoken language that he or she is hearing.

What are the Signs and Symptoms of Language Disorders?

The symptoms of expressive language difficulties can look similar to:

The symptoms of receptive language difficulties can look similar to:

How are Language Disorders Diagnosed?

Typically, a child’s healthcare provider will ask parents and caregivers about the child’s language development and history such as “are they putting words together” and from there, refer your child to a speech-language pathologist.

During the first few meetings with you and your child, the SLP will observe how your child:

From there, the SLP will evaluate, diagnose and then treat the child based on what they need.

How are Language Disorders Treated?

Treatment of the child will depend on their needs and what they need most to be successful communicators. Typically, therapy will be play-based and the SLP will utilize age appropriate methods in assisting them learn language while simultaneously coaching parents strategies and maintaining parental involvement. Materials for this
type of therapy often incorporate common items that many children may already have at home such as: toys, books, pictures, crafting projects, etc.

How Can I Support My Loved One at Home?

For this type of therapy, it is important to know that the parents and caregivers play an important role, despite the speech therapist guiding treatment. For parents, speech therapists may recommend at home activities for you and your child to do together to further enhance and develop your child’s language skills.

Strategies for Encouraging your Child’s Speech and Language Development

How to Model Language for Your Child At Home Modeling: A Super-Strategy for Language Growth — LG Speech Therapy